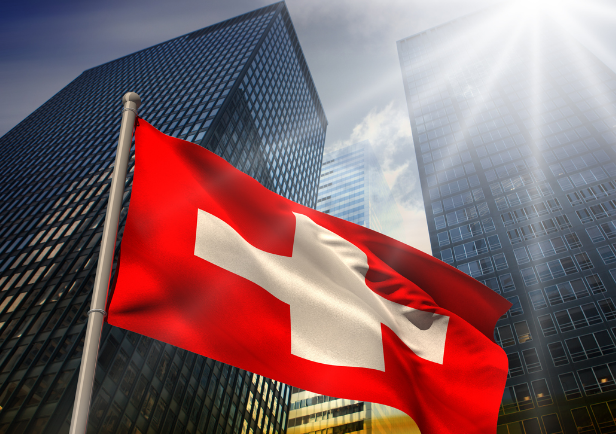 If you had to associate a country with the words reliability, safety, precision and professionalism, Switzerland would certainly be the first in mind for many.

According to the Data Center Map, Switzerland hosts 200,000 m2 of data centers (according to 2016 data), making it the 5th largest data centre hub in Europe. This is impressive if you consider the country’s smaller geographical size compared to other European countries leading in the list.

Storing data in the Swiss mountains isn’t new. In fact, it has been a frequent choice for many organisations, from small businesses up to important institutions such as the US National Security Agency.

Choosing Switzerland means guaranteeing your best chance at business continuity. How? Take a look below:

Not all territories are the same. Natural disasters such as an earthquake or flood can put data integrity and your company's business continuity at risk. Geological and seismological studies can help us evaluate the probability of one of these phenomena in a given place.

Despite being mountainous, Switzerland isn’t a seismic territory. Aside from this, Swiss citizens’ care for their environment and their mountains is well known all over the world. The risk of natural disasters is therefore very low, if not zero.

"This wouldn’t have happened in Switzerland!" - how many times has this sentence been said?

The Swiss Confederation is known for its functioning democracy and government and an efficient legal system, capable of intelligently assessing the validity of its laws and enforcing them.

In the business of data centres, one important aspect to look at is the protection of privacy. In Switzerland, the right to privacy is actually written in the Swiss Constitution. Moreover, although not part of the European Union, on July 26, 2000, the European Commission sanctioned the free circulation of personal data from the EU to Switzerland. This confirms the adequacy of Swiss law on the protection of data.

As we already saw, Switzerland has a lot to offer aside from its high standards, which are comparable, if not better than in the rest of Europe, not just in terms of data protection but also in connectivity and technological innovation.

Operational continuity within the Swiss mountains is ensured through the highly efficient energy infrastructure, which is one of the most reliable in Europe (see 2015 data).

Furthermore, in 2016, Switzerland ranked among the top ten countries in the world in the Networked Readiness Index, which rates the ability of nations to exploit digital technologies to increase the competitiveness and wellbeing of their populations.

Within 2010-2015, Switzerland has maintained its record as the most competitive nation in the world. This sounds great, but some of you may wonder on which criteria in particular.

First, in its competitiveness in the cost of energy - a key factor to consider when calculating the cost of maintaining a data centre. On the other hand, the costs of land and buildings to be used for setting up computing centres, will have a relatively low weight. Also, not to be forgotten, is the lower fiscal pressure.

While the cost of living in Switzerland is very high, which also translates to higher staff salaries, this is offset by the higher labour efficiency and a lower tax burden.

In Switzerland, it's easy to find quality manpower, due to their education system that’s well known to be among the best in the world. From management, up to IT experts, to technicians, as well as those responsible for the safety and operation of the facilities, there’s no difficulty in finding an experienced and trained workforce.

In short, why Switzerland?

Switzerland is, therefore, the third least risky place in the world for you to set up your computing centres. Surpassed only by Iceland and Norway, the small state in the Alps is a winning alternative.

Whether it’s a proprietary infrastructure or an outsourced service, territory, reliability of the energy system, functioning of the rule of law and efficiency of the economic environment are just some of the advantages that will help guarantee the best operational continuity and data security for your organisation.